I was so excited to fly with LATAM from Santiago to Easter Island. Not only Easter Island is a far flung place, but also the flight, although considered domestic, is flown by a Boeing 787 Dreamliner. I booked the ticket way in advance through its website. I read somewhere in FlyerTalk that if you booked it using a UK LATAM webpage with English as its language, it will give you a slightly dearer price. The best way to book is using its Chilean webpage, with Spanish as the language of choice (thank god for Google Translate!). I did a dummy booking using the UK LATAM webpage and it gave me £650 on a return business class ticket from Santiago to Easter Island. When I changed the country on the webpage to Chile and the language to Spanish, the same ticket dropped down in price to just shy of £400. What a bargain I thought. Some said sometimes airlines do this to entice the local market. Cheaper prices for the locals and more for the tourists! A bit cheeky 😉 The journey to Easter Island was about 5hrs. 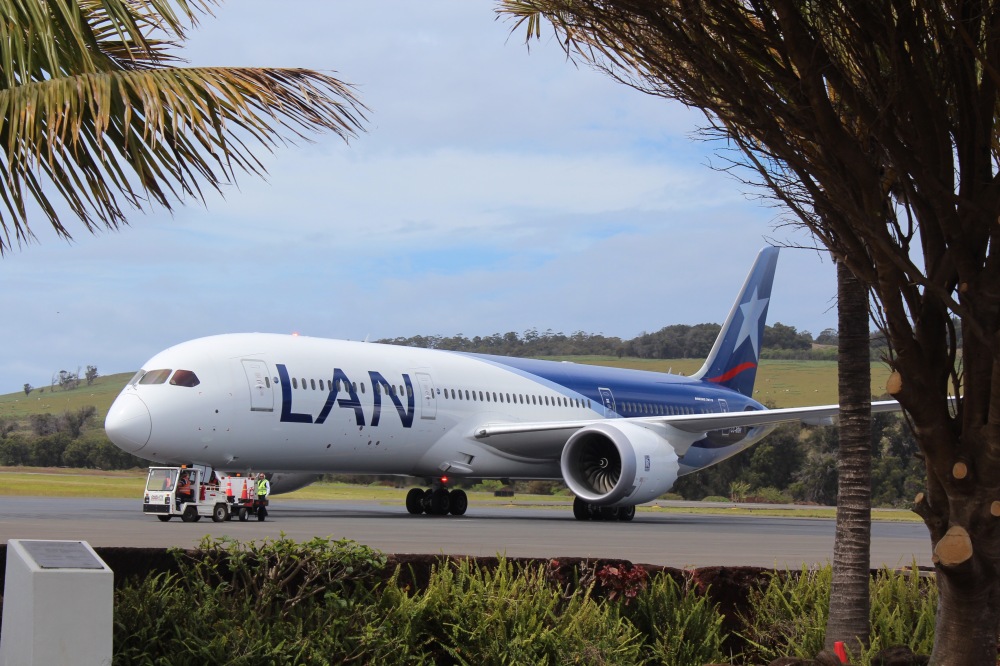 Check In: Check in was from the domestic section of Santiago International Airport (SCL). SCL is not a big airport and there is only one terminal. The left section is for international flights and the right section is for domestic. I arrived 3hrs before my fight departure by Uber taxi from Grand Hyatt Santiago. For some reason I could not find the Business Class check in desks. They all looked generic (no dedicated premium desks) with LATAM check in desks occupied most of the left side of the terminal. The agent near the desk told me to go to desk 52-54 to check in my luggage. The queue was a bit long by the time I arrived. The wait was about 20mins before I was being served at the desk. The desks were for flights to Cancun and Miami too, maybe that was the reason for the long queue. I made my way to the domestic departure hall and luckily the security queue was really short. I was at the gate (gate 36) within minutes.

Boarding: Funnily enough, boarding was according to classes. There was a separate line for premium class passengers. Gate 36 was a remote departure gate where a bus was standing by to pick us up to the correct aircraft on the tarmac.

The Seat: LATAM operates is B787 Dreamliner to Easter Island, the same aircraft for its European and transpacific destinations. It is configured with 2 classes: Business and Economy. The Business Class section has 5 rows with a 2-2-2 configurations, the same as Malaysia Airlines Business Class on its A380. Passengers who chose window seats will not have a direct aisle access. The leg room was huge with a few storage compartments. The stewardess showed me to my seat (5L) and offered me a welcome drink. It was a lie flat seat and I could bring the partition up for privacy. 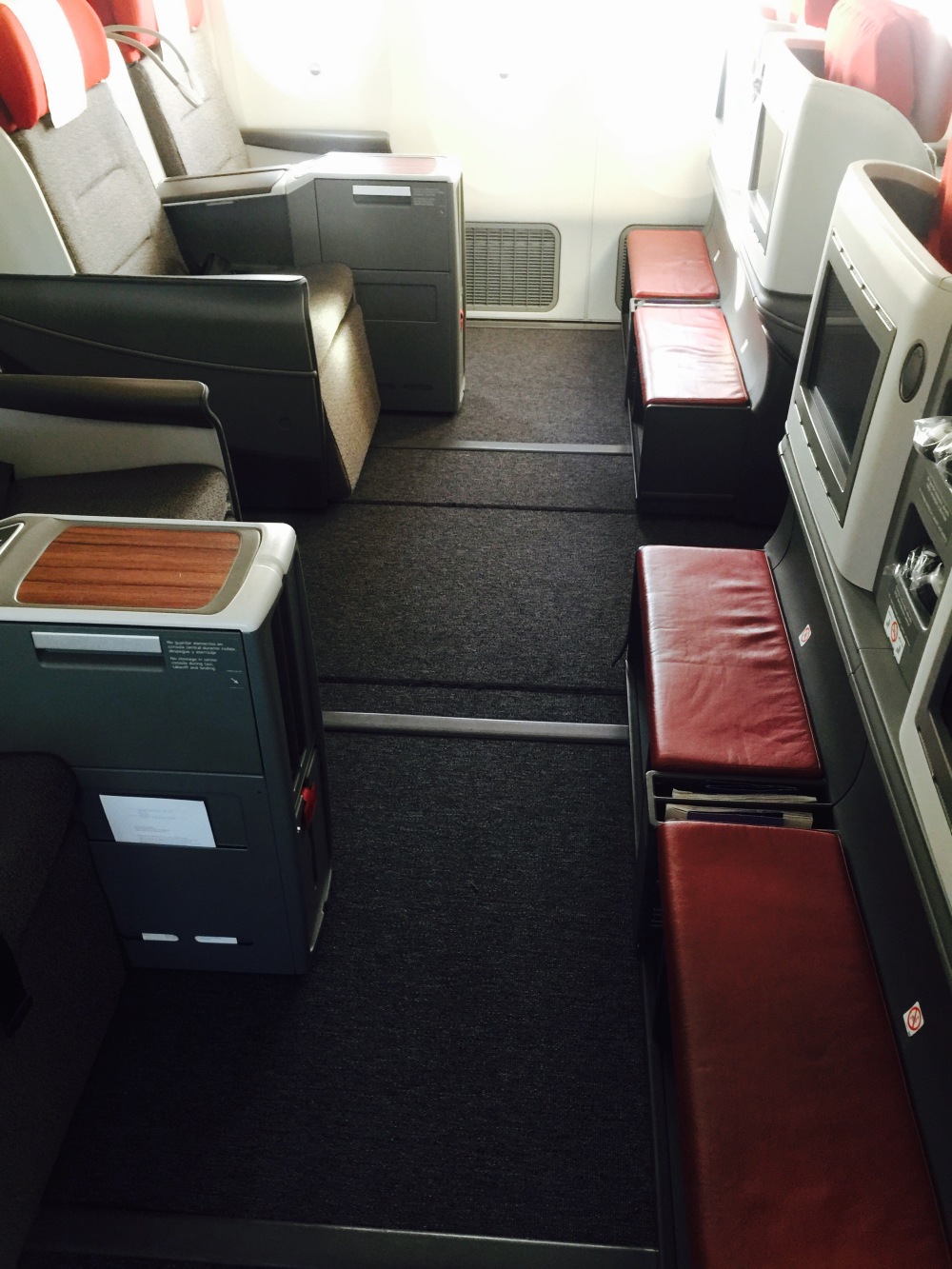 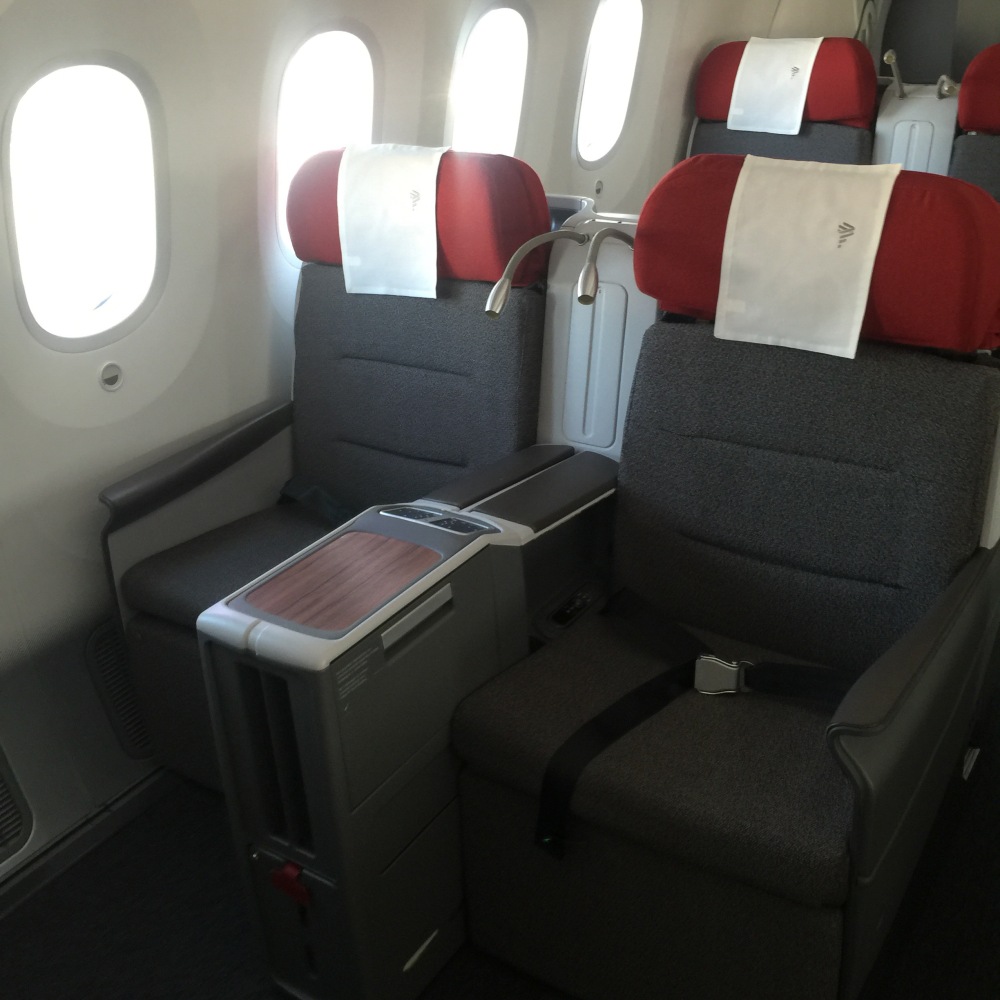 The flight: The plane pushed back at 0940hr. after the plane was at cruising altitude, the stewardess offered me a drink. I was so tired and I told her that I want to have a nap. She gave me a pillow and a blanket. I slept for about 2 hours and woke up just before breakfast being served. It was an omelette with asparagus and some pastries. The flight was quite full and the crew looked a bit busy but still managed to throw some smiles. All the crew was pleasant and helpful.

Arrival: Easter Island Mataveri Airport is very small and only one flight per day from Santiago. There was only one conveyor belt for the airport and my bag came out after 15mins. The arrival hall looked a bit busy with passengers as it was a nearly full flight. I was greeted by the representative of the hotel and I was out of the airport 20mins later.

Verdict: I really like LATAM Boeing 787 Dreamliner to Easter Island. The crew was polite and eager to help. I felt well-rested and was impressed by the quality of the seat and service during the flight. I would love to try their products from Santiago to Europe in the near future.