Malaysia Airlines Regional Golden Lounge is situated in the main building along with the Domestic Lounge (which is downstairs in the domestic terminal). The other one, which is Malaysia Airlines flagship lounge is in the satellite terminal, a short Airtrain ride away from the main building. The regional lounge is just after security, in between the Airtrain station to the right, and a Bureau de Change to the left.

I was greeted by a friendly agent at the desk and she let me in. The lounge was not too busy at the time. It might be because I was there at around lunch time on a Wednesday afternoon just after the peak hours in the morning.

As soon as you enter the lounge, you will notice a pond with water features to your left. The lounge just opens up to the dining area and some sofas and chairs. Lots of individual chairs for solo travellers and free charging boxes to charge your mobiles and smart phones. 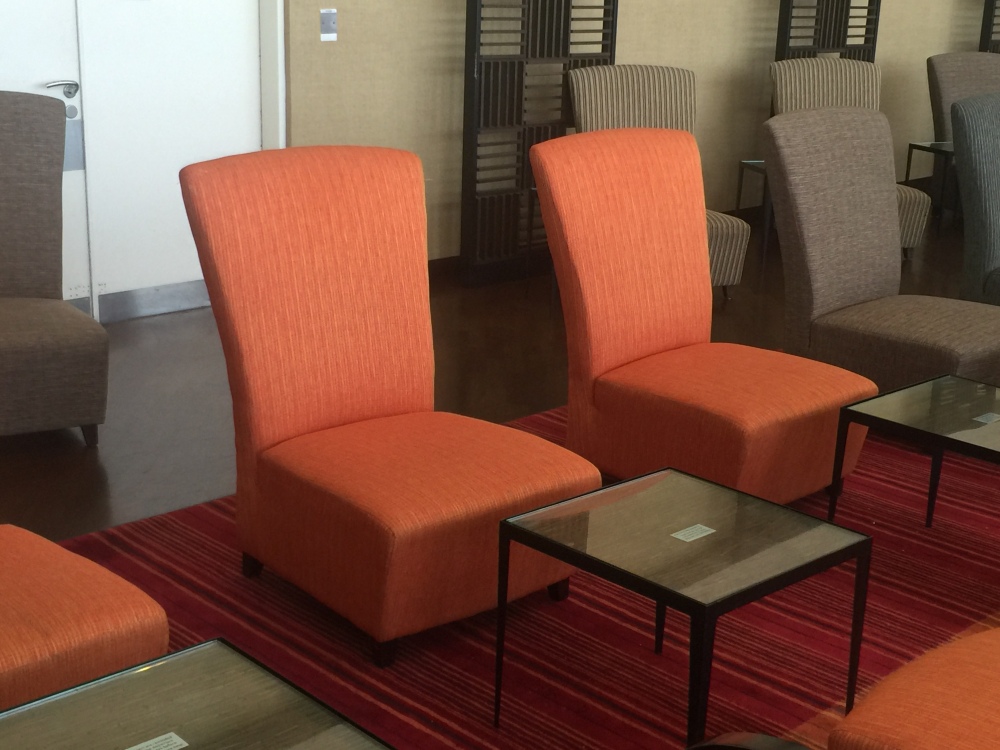 One thing I like about this lounge is that they have a ‘Laksa’ station, with different types of regional laksas every day. The laksa of the day was ‘Laksa Johor’ which is a popular dish from the southern region of Malaysia. The buffet selection was not bad either. A few selections of sandwiches and some hot savoury bites. The bar also offered some decent selections of wines and champagnes. 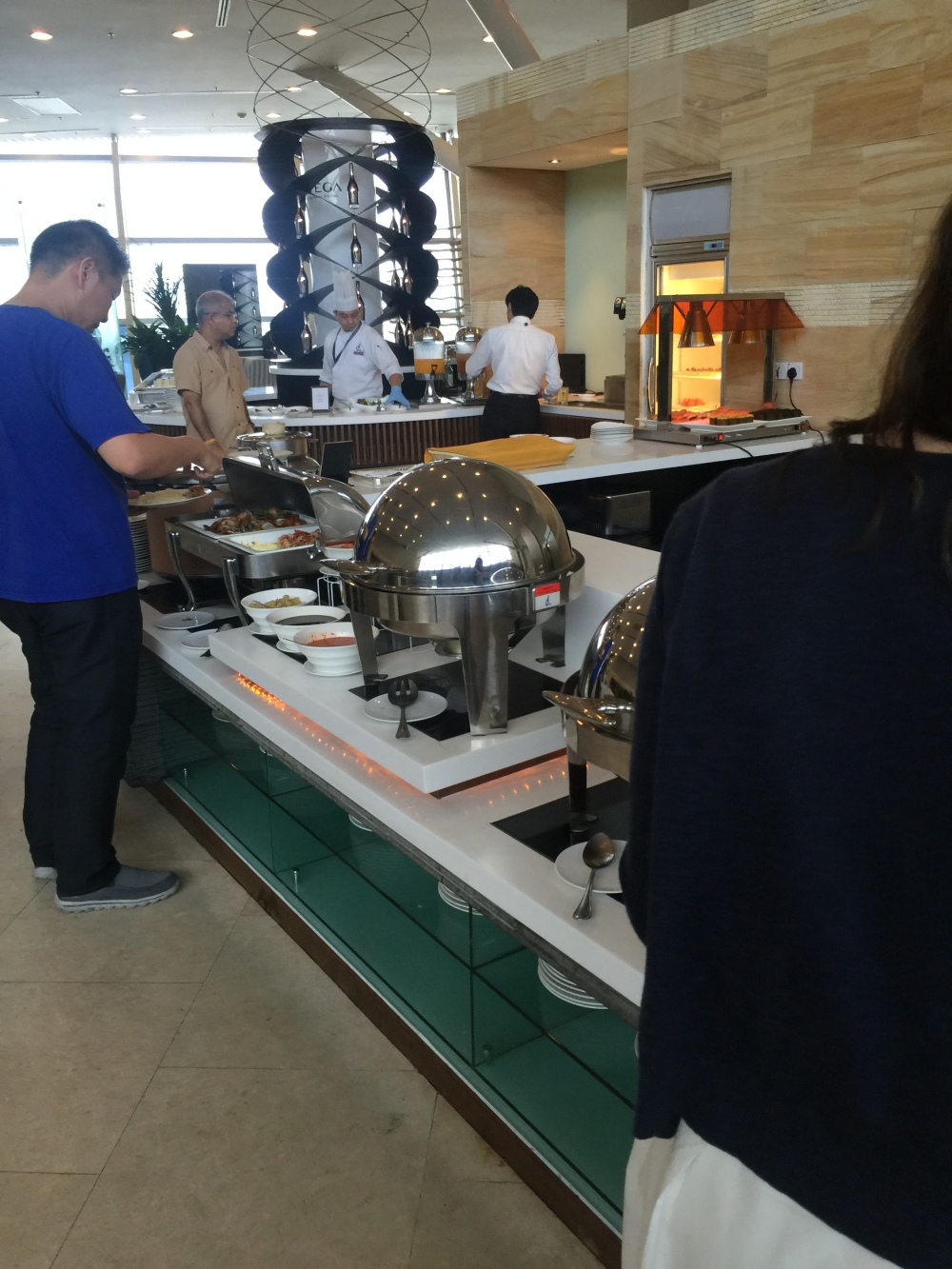 I also managed to use the shower room. It was not as minimalist design as the Cathay Pacific ‘The Wing Lounge’ cabanas but it was adequate for passengers to use the facilities just before a flight within the region. The shower room was clean and came with all the amenities that you need. One small niggle: the liquid soap was so diluted like it was water. It was like a homeopathic version of cheap liquid soap-diluted by a factor of 10000!  I do not know if it was part of MAB plans to cut cost in all areas?! 🙂

Overall, I like this lounge as a quiet space for you to relax and do some work before your short regional flight. It was not as big as the sister lounge in the satellite terminal but it was adequate, clean and with a decent selection of food and drinks to choose from.